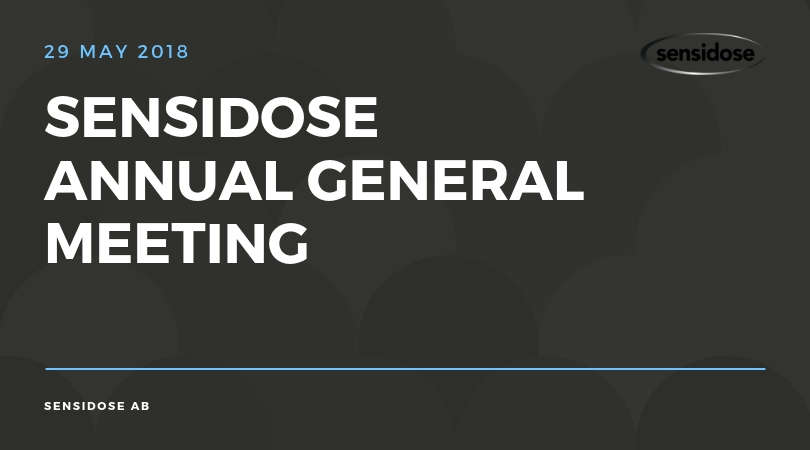 The Annual General Meeting was held on May 29 at the company’s premises in Sollentuna. The chairman of the meeting was elected lawyer Mikael Smedeby from Lindahl’s law firm. At the annual meeting, Gunnar Säll, after 5 years as the chairman resigned. Proposed new chairman, Ingemar Kihlström, presented himself and the AGM approved the proposal to elect him as the new Chairman. All other board members, including Gunnar Säll, were re-elected.

At the meeting, Pontus Salomonsson, Sensidose’s new marketing manager, also presented himself. Pontus described his background and explained a little about the plans he has for Sensidose to develop and strengthen marketing and sales.

Sensidose CEO Jack Spira gave a speech and talked generally about the company’s sales 2017, plans and challenges for 2018.

A summary of the most important decisions has been sent to the shareholders and shareholders wishing to provide detailed account of the AGM’s resolutions are asked to contact CEO at email jack.spira@sensidose.se.