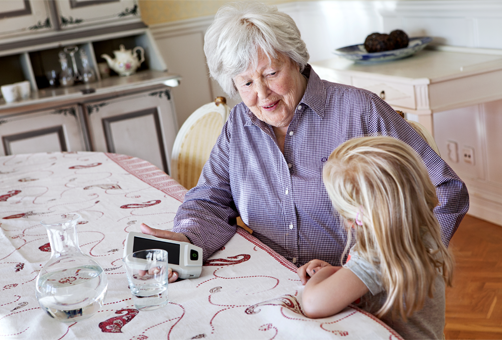 A study at the Uppsala University Hospital (Sweden), in which a prototype of the dose automate was evaluated by 20 Parkinson’s disease patients for usefulness and acceptability. The study was thus based on the use and handlings of a prototype dose automate and the counting and release of placebo micro-tablets and these were not ingested by the patient volunteers. The goal of the study was to determine the feasibility of the Sensidose concept and the dose automate in the hands of actual PD patents. Patients were at various stages of PD, using the Hoehn & Yahr scale.

It was confirmed that handling of the dose automate was not a problem to the patients and 19 out of 20 patients were capable of confirming and releasing the correct dose.
The patients were generally enthusiastic in their response to the device. While it was apparent that some additional modifications were required, the basic concept of such a device was well accepted by potential patients. 17 patients out of 20 expressed that they would use the Sensidose concept instead of todays standard levodopa tablets.