Sensidose was one of 28 exhibitors during the 18th International Congress of Parkinson’s Disease and Movement Disorders which took place between 8th to 12th of June 2014 in Stockholm.

This was an excellent opportunity to present to an international audience the patented electronic dosing device MyFID®, which gives individualized doses treatment of Parkinsons Disease using our proprietary microtablets Flexilev®. Flexilev® represents the first application of microtablets for MyFID and was granted marketing authorization by Medical Products Agency in Sweden as of March this year. The dosing device MyFID® received CE approval in the autumn of 2013. The next step is to apply to the TLV, the Dental and Pharmaceutical Benefits Agency, for pricing and reimbursement of the product.

During the exhibition we were surprised by the interest and positive responses we got from the delegates attending the meeting. Everybody confirmed that the dosing device MyFID® and Flexilev® we offer, represents a new way to customize tablet treatment in Parkinson’s disease and should be of benefit for many patients. In addition to ensuring that each patient gets the right dose at the right time, the patients can easily and accurately using the dosing device MyFID® register symptoms and effects and give accurate feedback to their physicians.
Data from the first patients on Flexilev treatment was also presented by Dr Dag Nyholm in a poster. 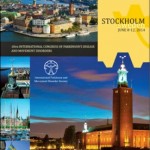 The 18th International Congress of Parkinson’s Disease and Movement Disorders 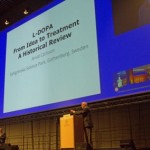 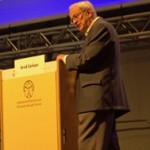 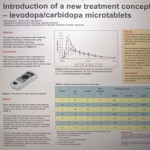 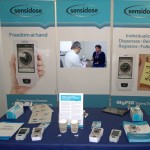 Sensidose exhibition during MDS 2014 in Stockholm 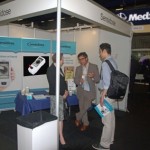 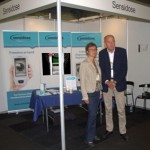 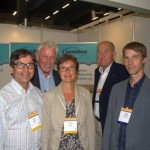 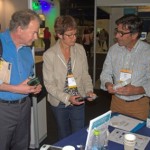 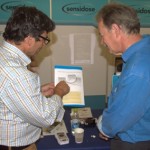 Jack Spira and Peter A. LeWitt 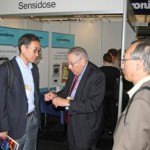